ADD PROMO CODE SAVE5 TO RECEIVE 5% OFF YOUR NEXT BOOKING

This Beatles tour takes you on a unique and personal journey transporting you back to step in the footsteps of the Fab 4 – the tour incorporates all elements of our shorter tours (such as the Fab 60 Minutes & Classic Beatles tours) but adds an additional two hours to your itinerary! Immerse yourself into the lives & stories of the Beatles & let your driver guide give you all the background, anecdotes and take you to the very best there is in & around Liverpool… You can even customise the final two hours and choose where you would like to go – or let your guide take you & give you his or her favourite locations. This Beatles history tour is truly unique on every occasion…

TICKETS TO THE BEATLES STORY

CHILDHOOD HOMES
Hear about the Beatles’ families and find out why John and Paul used to practice in the porch! Discover which songs were written in Paul’s front room. Find out how why jelly babies were delivered to George’s house for his birthday. Photograph the sentimental pub just around the corner from Ringo’s home and school.
CHILDHOOD HOMES
PENNY LANE
See the famous street that it's in our ears and in our heart and which helped coin the 1967 hit. You’ll be able to see ‘a barber showing photographs’, the ‘shelter in the middle of the roundabout’ and find an 'old bank for a banker with a motorcar'!
PENNY LANE
STRAWBERRY FIELDS
The inspiration for John Lennon’s 1967 hit. Have your photograph taken by the famous red gates to Strawberry Fields and find out why John loved it so much.
STRAWBERRY FIELDS
WHERE JOHN MET PAUL
Considered to be the most important meeting point in music history. You’ll go to where John Lennon met a 15 year old Paul McCartney for the first time in 1957.
WHERE JOHN MET PAUL
ELEANOR RIGBY
In the same place where John was a choir boy you will also be able to see the real life tombstone that possibly influenced the famous 1966 song.
ELEANOR RIGBY
THE CHOIR BOY
You’ll pass by the church where Paul McCartney and his brother Mike used to sing as choir boys.
THE CHOIR BOY
THE CHOICE IS YOURS
Choose you own locations from any of the following:

The school that John Lennon attended and which inspired the name of his former band – The Quarrymen.

John’s first home as a baby.

The Jacaranda or the ‘Jac’ as it was also known where the Beatles performed in the early days and where John Lennon and Stuart Sutcliffe’s murals can still be seen.

The homes of Julia Lennon, Brian Epstein and both John and Cynthia’s first home together.

The cinema that John went to as a boy with his Uncle George. Also the swimming baths the teenage John and Paul both visited as boys.

The student home of Stuart Sutcliffe where John, Paul, George and Stuart rehearsed together.

The homes of The Quarrymen band members – Pete Shotton, Len Garry and Ivan Vaughan.
THE CHOICE IS YOURS 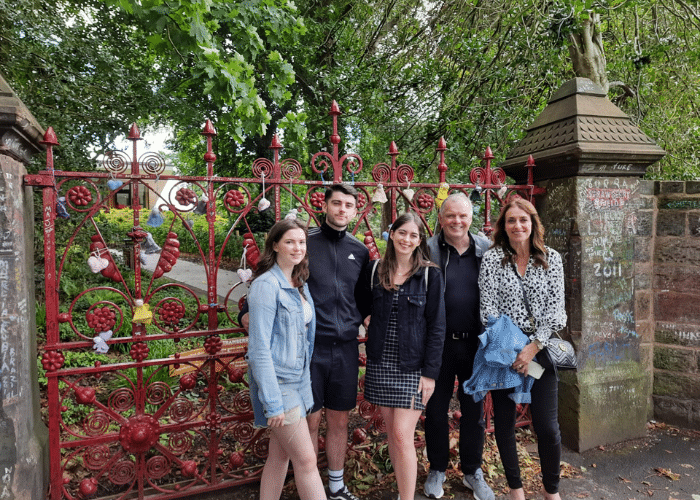 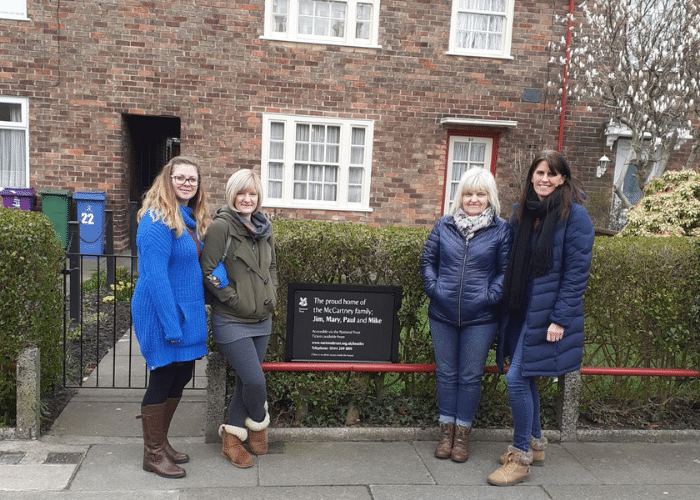 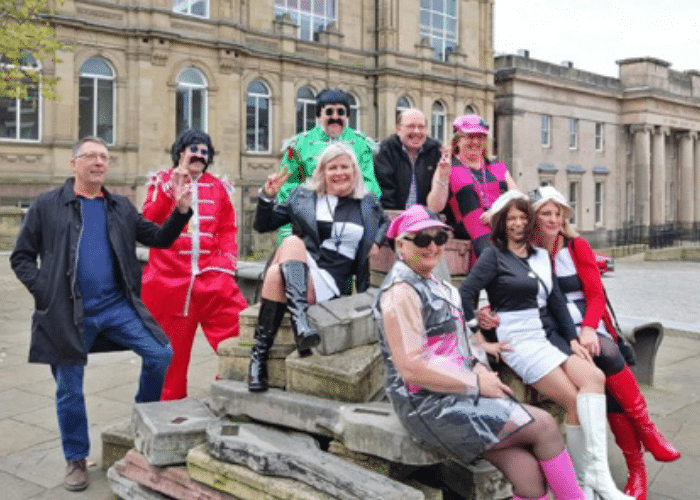 BESPOKE / CUSTOM - BUILD YOUR OWN TOUR