Rated out of 5 based on Feefo user ratings.

The 5 hour Beatles Taxi Tour takes you on a unique personal tour that transports you back to the childhood homes of the Fab Four and delves even deeper  into the their lives as you take a tour for true aficionados of the Beatles.

Including all the sites from the 2 and 3 hour Beatles Tours of Liverpool this Beatles locations tour also gives you an additional 2 hours of locations. Each guide has their own preference so each tour is unique in what they show you.

The 5 hour Beatles Taxi Tour includes the same locations as the 2 and 3 hour tours. It includes the childhood homes of John, Paul, George and Ringo, Penny Lane, Strawberry Field. Also where John and Paul first met, where Paul sang in a church choir plus John’s birthplace. Additionally you’ll see where Paul and George went to school and where John and Cynthia got married and had their honeymoon.

The additional elements of the Beatles taxi tour can be chosen from the following locations:

As an optional extra you can start your tour at The Beatles Story in The Albert Dock or end it there. When booking your Beatles Tour online you can add tickets for this award winning attraction, which is the world’s largest exhibition devoted entirely to The Beatles, simply by selecting the number of tickets during the booking process. Show your email confirmation when you arrive at the exhibition and you will be guaranteed entry.

Book this tourYour tour ticket will be sent by email. Gift this tour

Other Tour Options To Consider 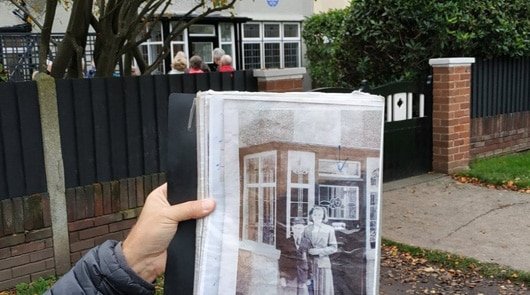 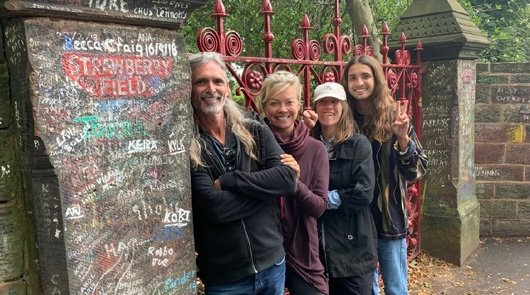 Three hour private Beatles Tour of Liverpool with your own driver guide visiting sites including John Lennons birthplace, where he married Cynthia and more.

Got a question? Want to email us?

Please fill in the details below and we will get back to you shortly.

Thank you for submitting your details.

You should hear from us shortly.

Contact us
Find us on...
Customer Service
About Us
Work with Us
Media Gallery